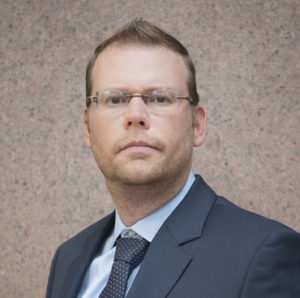 Ira Rogowsky received a Bachelor of Arts in social sciences from the State Univeristy of New York at Stony Brook in 1991 and obtained his Juris Doctorate from Brooklyn Law School in 1994. Mr Rogowsky joined the Harmon & Linder partnership in 1997 to create the law firm of Harmon, Linder & Rogowsky.  He combined his legal knowledge and strong business acumen to help build Harmon, Linder & Rogowsky into one of the top personal injury law firms in the Tri-State area. Recently, Mr. Rogowsky has been involved in the implementation of strategy surrounding mass torts against Vioxx, Bextra and Avandia. During Mr. Rogowsky’s tenure with Harmon, Linder & Rogowsky, the firm has taken in settlements totaling more than $500 million.  In addition, Mr. Rogowsky specializes in conducting mediations and arbitrations for the firm.  Over the years, he has resolved thousands of cases through these methods and is regarded as one of the top plaintiff arbitration/mediation attorneys in the New York area.  Mr. Rogowsky is also experienced in trial work and knowledgeable about medical problems and terminology related to personal injury accidents.  Mr Rogowsky has settled many multi-million dollar cases over his years of practice. This includes 2 cases he and Mr. Linder resolved for the amounts of $5.5 million and $4.1 million.  His extensive knowledge of the field, sharp negotiation skills, dedication to his clients and kind spirit have made Mr. Rogowksy one of the most well-liked and respected attorneys in the field of personal injury law. Mr. Rogowsky has also performed defense work, including being called on to represent and oversee insurance company lawyers in the protection of their personal assets in large lawsuits against them.